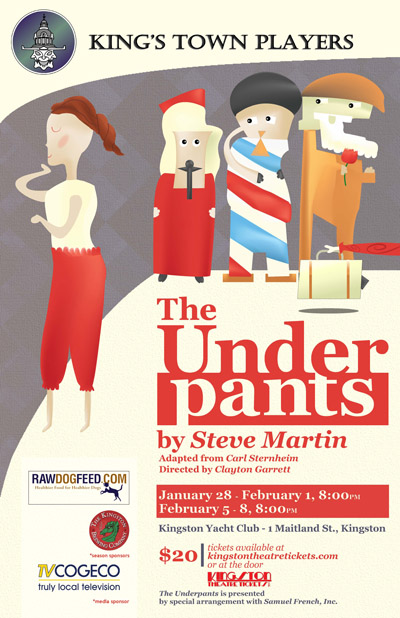 From the mind of Steve Martin, the renowned comic actor and author of Picasso at the Lapin Agile, comes a wild and crazy satire. The Underpants is the cheeky tale of Louise, the pretty but neglected wife of a blockheaded bureaucrat, whose bloomers unaccountably fall down around her ankles in public. Her husband is horrified, fearing scandal and sure enough, two men — a poet and a barber — show up at their door hoping to rent the spare room and woo Louise. Filled with Steve Martin’s famous flashes of wit, The Underpants is a gleeful and giddy romp about scandal and celebrity.