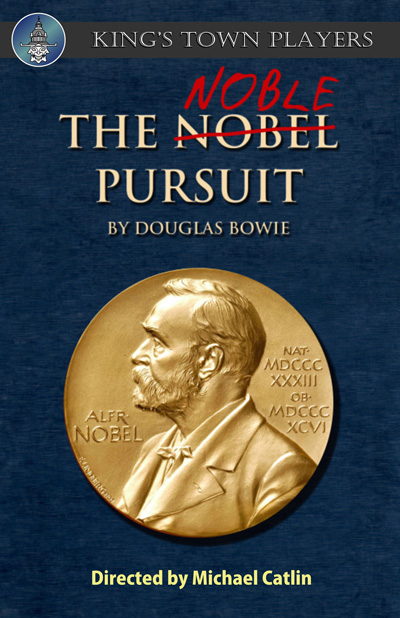 Pre-eminent man of letters Noble Harmsworth is on the verge of becoming the first Canadian winner of the Nobel Prize for Literature - but if the Nobel pooh bahs want to lionize him, why does Lyle Lemmerman want to kill him? A devoted acolyte, a nosey critic, a dyspeptic agent, a missing manuscript all add to the twists and turns in this suspenseful comedy about literary fame and fortune.

Lots to laugh about in The Noble Pursuit
Kingston Whig Standard - March 19, 2015