Lots to laugh about in The Noble Pursuit 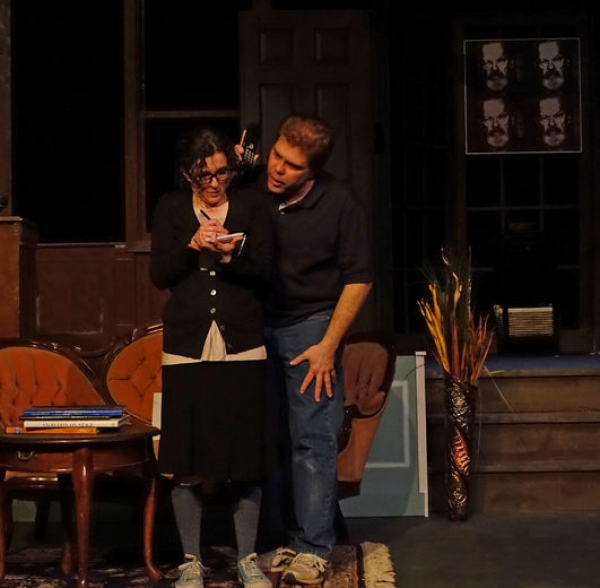 KINGSTON — With its latest production, King’s Town Players has staged a comedy worthy of your consideration.

The Noble Pursuit, penned by local playwright Douglas Bowie, was first staged 24 years ago at the Thousand Islands Playhouse in Gananoque, where Bowie served as playwright in residence for several years.

Bowie, who was honoured with the presitigious Margaret Collier Award for his television efforts, has since updated his play, incorporating things such as Twitter and CBC Radio’s The Next Chapter.

The play, Bowie’s first full-length effort, skewers not just Canadian literature, but the literary world as a whole.

The play opens with noted Canadian writer Noble Harmsworth, who, it appears, is a favourite to win the Nobel Prize in Literature, which would make him the first Canadian to do so.

But, of course, complications arise as we delve into the convoluted world of the bombastic wordsmith.

Unlike the main character, there is a lot to like about this play.

One of the strengths of this particular production is the elaborate set, which utilizes the ample space the stage at the Davies Foundation Auditorium — typically home to the Domino Theatre — provides. The set, which shows the inside of the Harmsworth home, complete with self-portraits of the egotistical author on each of its walls, is divided into an upstairs (bedroom and study) and a downstairs (living room).

The set is particularly effective when one of the many physical comedic pieces takes place, in which the goings on in one part of the set mirrors another.

While the set is certainly a star of this production, so, too, are the actors themselves.

Gord Love’s Noble Harmsworth was terrific, and he looks, as well as plays, the part of the pompous author. His facial expressions were priceless.

As Abigail Bliss, the mousy assistant to Harmsworth, Jennifer Atkinson-Spencer was a perpetual ball of nervous energy, a funny one at that, throughout.

Veteran actor Brent Neely was solid as Lyle Lemmerman, delivering his many comedic gems ably. And Keri McPhail as agent Jasmine Maxwell was subtly effective, accent and all.

My favourite performance, though, was Sean Roberts as literary critic Percy Fawcett. Maybe it was the bow tie and the horn-rimmed glasses Roberts sported, but I felt he embodied the snotty yet aspiring critic admirably.

Even though the play is more than two hours in length, it moves along at a decent clip, particularly the first half of the play as a series of revelations come to the fore.

What was really enjoyable, aside from Bowie’s relentlessly witty script and some great performances, was the physical comedy, mistaken identities, near misses and the like — works seamlessly under the direction of Michael Catlin.

In essence, it was a lot of fun, and I wasn’t alone in thinking that judging by the laughter around me.

A comedy written by Douglas Bowie.

A King’s Town Players production playing at the Davies Foundation Auditorium, 52 Church St., until March 28. The curtain rises at 8 p.m. from Wednesday to Saturday.

Last modified on Thursday, 28 May 2015 22:19
Tweet
Published in Media
More in this category: « New stage in troupe's future Thought-provoking examination of feminism »
back to top